Depression is an extremely common condition that affects almost one in 20 people annually. One in six people are said to suffer from depression at some point in their life, at a rate of one in four women and one in ten men. It is very treatable. Two thirds of people with depression make a full recovery within three months under proper treatment. However, many do not seek help, possibly due to related stigmas. 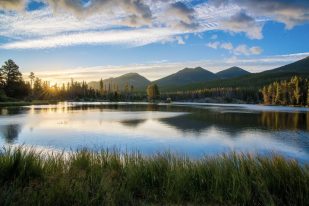 Depressive episodes and depressive disorder are popular technical terms among psychiatrists, defined by the World Health Organization in their International Classification of Disease manual (ICD-10). These terms are defined by a number of symptoms that must persist over a certain period of time or recur in a certain way. These operational definitions allow psychiatrists to quickly and easily determine whether a patient has a depressive disorder.

Post natal depression is simply defined as depression that occurs within the first year of a woman giving birth. It is extremely common, estimated to occur after 10% to 20% of all births. It is straightforward to treat and identify, but remains woefully under-treated in many countries, possibly due to stigma and cultural beliefs. Treating post natal depression is important both for the mother and developing baby.

There are many easily accessible screening tools for depression. Some of the best are simple questionnaires that patients can fill in themselves. Doctors use operationally defined criteria such as those in ICD-10.Depression is usually diagnosed by a doctor or psychiatrist after a review of the patient`s symptoms and a general health assessment. Occasionally physical reasons can be found such as metabolic, or hormonal factors. Commonly symptoms occur with no clear medical illness. For patients where a physical cause is suspected, or where the condition does not respond to treatment, blood tests, urine and saliva tests and occasionally brain imaging are necessary.

Depression treatment can be divided into three broad areas: biological treatments, psychological treatments, and social or lifestyle interventions. Treatment for depression is also divided into short term treatment, or acute phase treatment, and long term treatment, also known as continuation and then maintenance treatment. Following a recovery from depression is a period in which patients have a high risk of relapse. They often require ongoing treatment to sustain their recovery. Biological treatment refers mainly to psychiatric medication such as antidepressant therapy. The names of the most common antidepressants are probably familiar, but there is a wide range of medications with antidepressant effects. They differ significantly in their side effect profile and tolerability. This means there are a lot of choices for those seeking treatment. In fact, research studies like STAR*D demonstrated the importance of finding the right antidepressant medication for each person. Psychological treatment includes familiar approaches such as counseling and psychotherapy as well as new evidence-based therapies such as cognitive behavioral therapy and interpersonal therapy. Most psychodynamic psychotherapy is based upon the work of famous 19th century and early 20th century figures such as Freud, Jung, and Adler. The counselling movement is strongly linked to the work of Carl Rogers and his model of client-centered counseling. Cognitive therapy grew out of behavioral therapy from the 1960s and the cognitive revolution that followed. Many recently-developed psychological treatments such as Acceptance and Commitment Therapy and Mindfulness Based Cognitive Therapy have included and integrated ideas of acceptance and mindfulness. Social or lifestyle intervention refers to strategies such as exercise programs, breathing exercises, meditation, healthy eating, addressing lifestyle factors such as alcohol use, and social issues such as employment problems, career stress, and financial debt.

In general, evidence-based psychological approaches to depression have been shown to be about as effective as antidepressant medication for both helping people recover from an episode of depression and for helping to prevent a recurrence of depression in the long term. Psychological therapies with the best evidence for the treatment of depression are cognitive behavioral therapy and interpersonal therapy. Now there are a variety of different types of cognitive therapy available. Some have been shown to markedly reduce the risk of relapse of depression in the long term. These therapies can be done with a counselor, therapist, psychologist or psychiatrist. There are also a wide range of self-help books and online programs that use cognitive therapy and interpersonal therapy techniques. Depression | What To Do

If you think you are depressed, or have post natal depression, seek further assessment and discuss what sort of treatment might be helpful with a doctor.Come to see us at our psychiatry clinic at American Clinic Tokyo in Akasaka for assessment. Dr Andrew Kissane, our UK-trained, British psychiatrist is a native English speaker, and holds both UK and Japanese medical licenses.If you do not wish to take a medical approach to your depression but just wish to explore a psychological approach, such as cognitive behavioral therapy or psychodynamic psychotherapy for depression, then please email us requesting an therapy assessment at our Shintomi office.

Counselling And Psychotherapy At Tokyo Mental Health Offices In Shintomi