Play therapy is a type of psychological therapy that uses play as a platform to allow children to express and develop feelings and ideas within a safe environment, guided by a qualified therapist. Play therapy is commonly used to help kids with emotional problems (anxiety, attachment problems, emotional regulation), social problems (school refusal, communication problems, social integration, behavioral problems) and trauma. It can even be used as a preventional tool during crisis (changes in family structure, change of environment). It can be used with children as young as three years old, and can also be of great benefit to teenagers and sometimes even adults.It can be broadly divided into two types: directive play therapy and non-directive play therapy. In directive play therapy, the therapist is responsible for guiding the child’s play, suggesting specific activities with the aim to work on certain topics. This type of play therapy can also include role play with the therapist. In non-directive play therapy, the therapist is only a figure that provides security during the game, while the children are free to perform the play activities that they prefer. The therapist can also participate in the play, but with guidance from the child.Use of sand-tray therapy in conjunction with traditional play therapy is common practice. 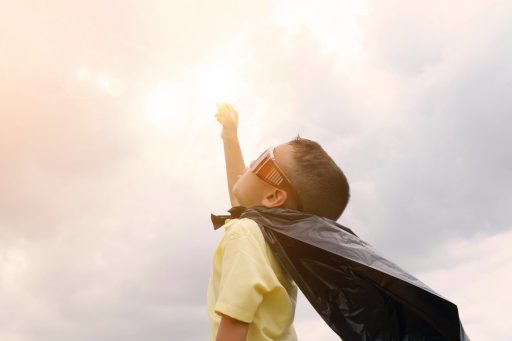 First developed by Margaret Lowenfeld, one of the first professionals centered in Children’s Play, it was initially called World Technique, because the child would create a new world inside the sand tray. Subsequently, Dora Kalff combined Lowenfeld’s technique with Jung’s theory to create Sand-Tray Therapy.In 1965, Japanese therapist Hayao Kawai discovered this form of therapy as a foreign student in Jung’s research laboratory and brought it to Japan, with the name Hakoniwa (box garden, 箱庭). Since then it has been growing in popularity in Japan, extending in use to not only children, but also adults.During a sand-tray therapy session, the client has the freedom to use the sand tray however they want, including a variety of miniature figures representing humans, animals, buildings, and everyday objects. The inside of the sand box is painted blue so that it can represent bodies of water such as rivers or the ocean.The therapist can help the client during the construction of the little world, but it is more common for the therapist to be an observer, providing a secure and comfortable environment for the client to express symbolic ideas and feelings. After the construction of the world, the therapist can analyze it with the client, giving insight into the process.

As in regular Cognitive Behavioral Therapy (CBT) for adults, the CBT for children is based in both behavior and cognition, helping children to recognize that the cause of their emotions and behaviors is linked to their thoughts. The therapist teaches children to recognize thought patterns and to change them for their own benefit. Children can receive CBT from six or seven years old, although younger children with the ability to understand the concept of self-instruction can also take part of this type of therapy.CBT for children can be used to treat anxiety problems, trauma, panic attacks, phobias, social reclusion, self-esteem problems and behavior problems. It can also be used to learn conflict resolution, assertiveness and how to deal with frustration.

If you think your child is suffering from symptoms of anxiety, behaviour problems, school refusal, communication problems, social integration or other emotional problems, seek further assessment from a psychologist and discuss what sort of treatment might be helpful.Come see us at Tokyo Mental Health, or send us a message with your questions. Counselling And Psychotherapy At Tokyo Mental Health Offices In Shintomi